Well I must admit I have neglected the blog of late as I have been super busy behind the scenes. Amongst other things, the first ‘Learn’ course has come to an end with the final part being held on Saturday. This was a short course I held for people that have bought a camera with manual functions but are lost with how to use them or get the results they want.

I had a fabulous response to the course and it was sold out in under 2 weeks. I received great feedback through-out the course too via anonymous surveys and each person as they all had their light bulb moments when it suddenly all made sense for them. I loved the chorus of ‘ah ha!’ coming from the group especially as I revealed my HOT TIPS!

What I was hearing from people over and over was that they had been over some of these areas themselves, some having even studied photography before, but now, for the first time it had been explained in a way that made sense. Now they are all asking ‘when is the next one and when are you doing one on photoshop?’ so we shall see what we can do about that 🙂

Thanks to those who attended. A great group of people – have fun with all you have now learnt!
A little shot of these busy little bottoms! 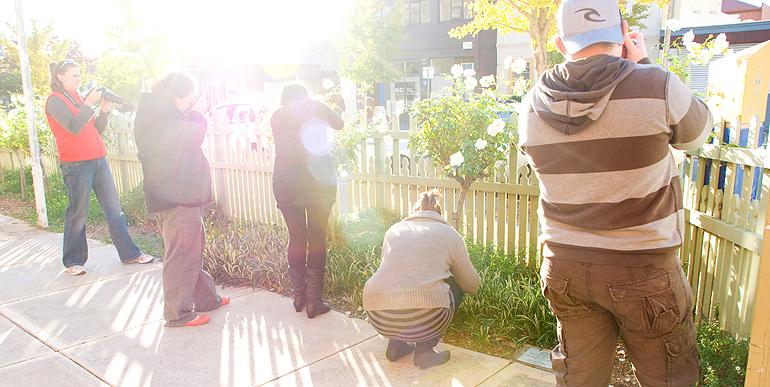